Today’s church services will be led by Eric Paterson.

‘Considering the snowy and icy conditions, both services today were well attended.  The morning service looked at a two things  which God has ‘flagged up’ (revealed) in order that we  sit up and take  note.  The contrast  too between the two revelations also makes it dramatic.

God has revealed the way through which we can be at peace with him but He has also revealed his wrath against our ungodliness and unrighteousness.  If we believe that God is a God of Love, then logically we  also believe that He is a God that judges ungodliness & unrighteousness (what we call sin).  The contrast between the two revelations is stark but real.  There is a way of salvation but equally there is also a day of judgement.  How do we fit into this story? Have we taken the way of salvation or are we awaiting the day of His judgement.

The evening service was a video of Rev Billy Graham on the character and work  of the Holy Spirit and was well received.

Quick poster to highlight our annual Christmas Carol Service on Sunday 18th Dec @ 6.30pm. All welcome to come along and join in with the singing – ‘Make Christmas Real’ 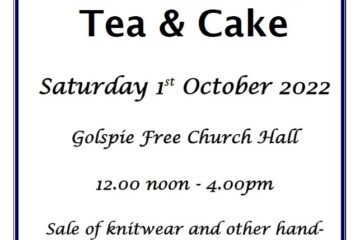 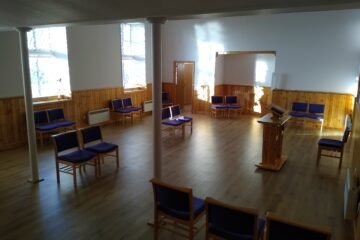 Our next communion service will be on Sunday 25th September at 11.30am.